By Neslandia In EuroNes, Italy, Travel

Is it the canals? The piazzas? The music? The art? It’s hard to say and almost impossible to pinpoint what makes Venice one of the world’s most beautiful cities but, I’ll try…

Venice is marvelous. Not just because it’s built entirely on water, or that it’s under continuous maintenance, but rather because for all its issues it still rises above the water like a pearl amongst dust. It’s a bright and colorful reminder that there are still places on Earth picked right out of a fairy tale. Every second in Venice feels like a dream that became a real boy.

It has so much that you can’t find anywhere else yet at its core is still very Italian.

The first thing people think of when you say, “Venice” are the gondolas; so let’s start there. Gondolas are simultaneously romantic and terrifying. Imagine you’re getting into a boat the width of a shopping cart, shaped like a banana that’s being rock by the constant waves of Water Terrors (I mean Taxis). It’s pretty scary. But, once you’re in… Awww… This is heaven. You may have the ride all to yourself or you may share; either way it’s an experience to remember.

P.S. – Getting out may also shave a few months off your life. 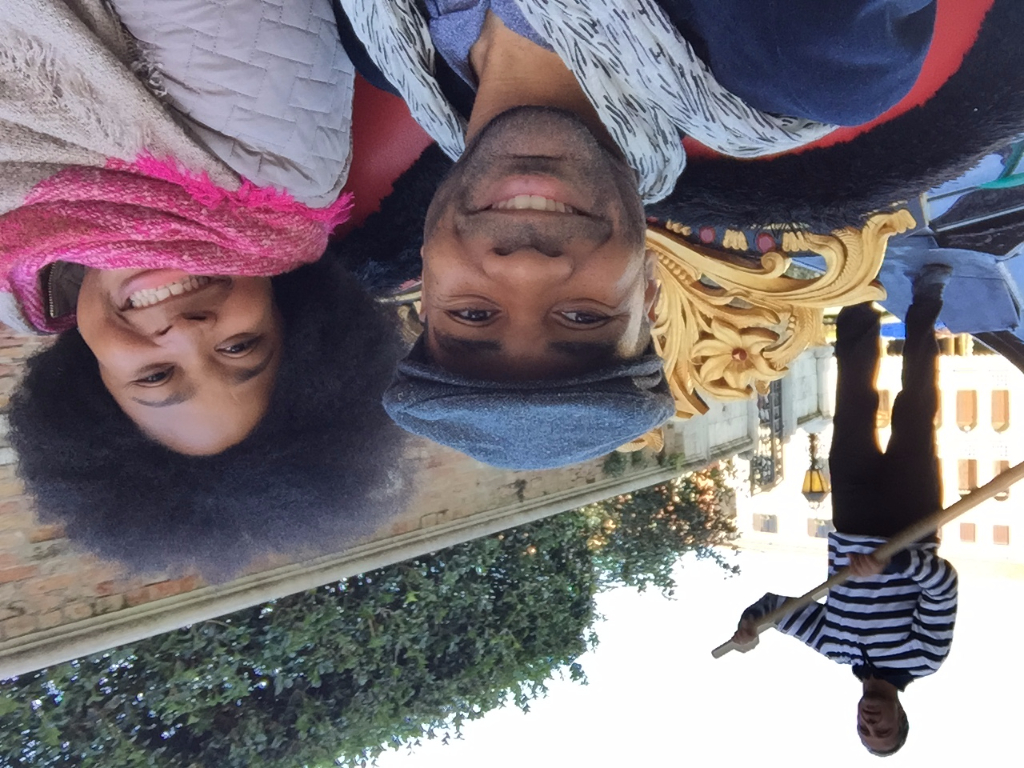 And then there are the bridges. Venice is, after all, the “City of Bridges.” Somewhere it happens. You’re not sure where, it’s subtle, but it does happen. The bridges of Venice go from transportation to art. It’s as if they began with a few stones then channeled their inner Michelangelo. Each bridge is unlike the other.  They don’t just let you walk from one side of the Canal Grande to another. They inspire you to travel, to go, to build something beautiful of your on; but on your way… don’t forget Venice.  Metal, brick, painted or stained they are the crowns of Venice, and I walked them with pride. 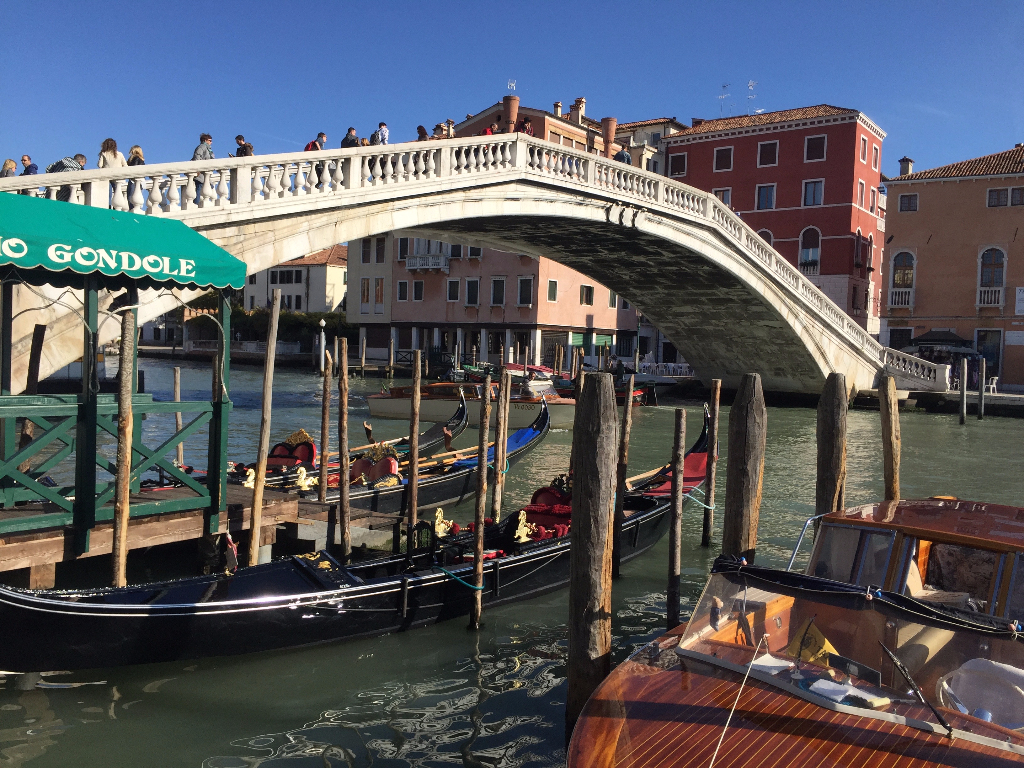 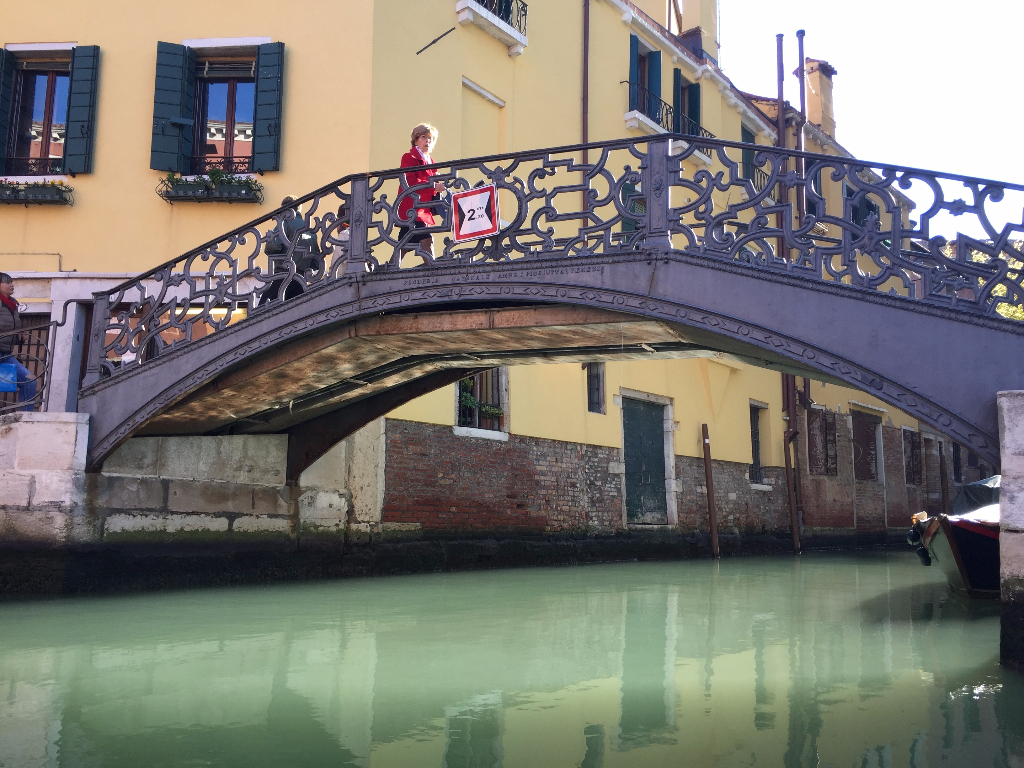 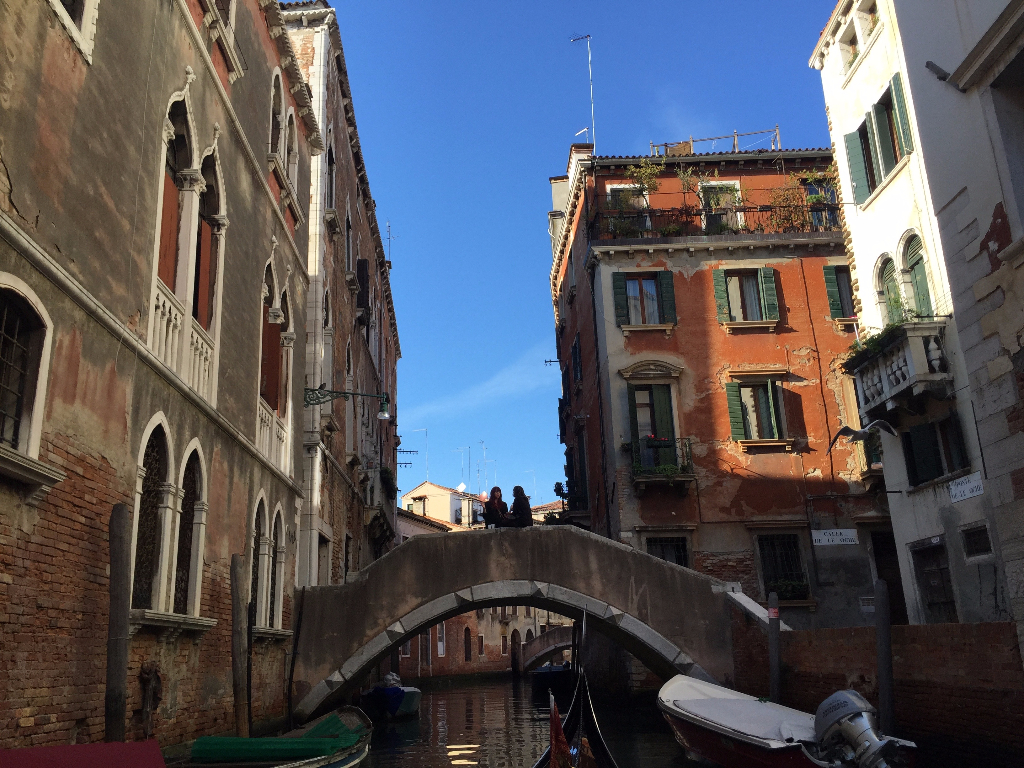 But the Bridge Tour (I’m pretty sure I made that up) wouldn’t be complete without it’s most famous bridge. The terrible yet fascinating Bridge of Sighs. In short, the Bridge of Sighs (Ponte dei Sospiri) is a bridge made of white limestone with windows covered in bars. Why bars? Glad you asked. Because this bridge crosses over the Rio di Palazzo and connects the interrogation room of the Doge’s Palace (Former ruler of Venice) to the Prison. The bridge gets its name from the sighs of the prisoners who would look out the window at the Rio di Palazzo as they entered what would usually be their final home. I know, terrible but yet beautiful. 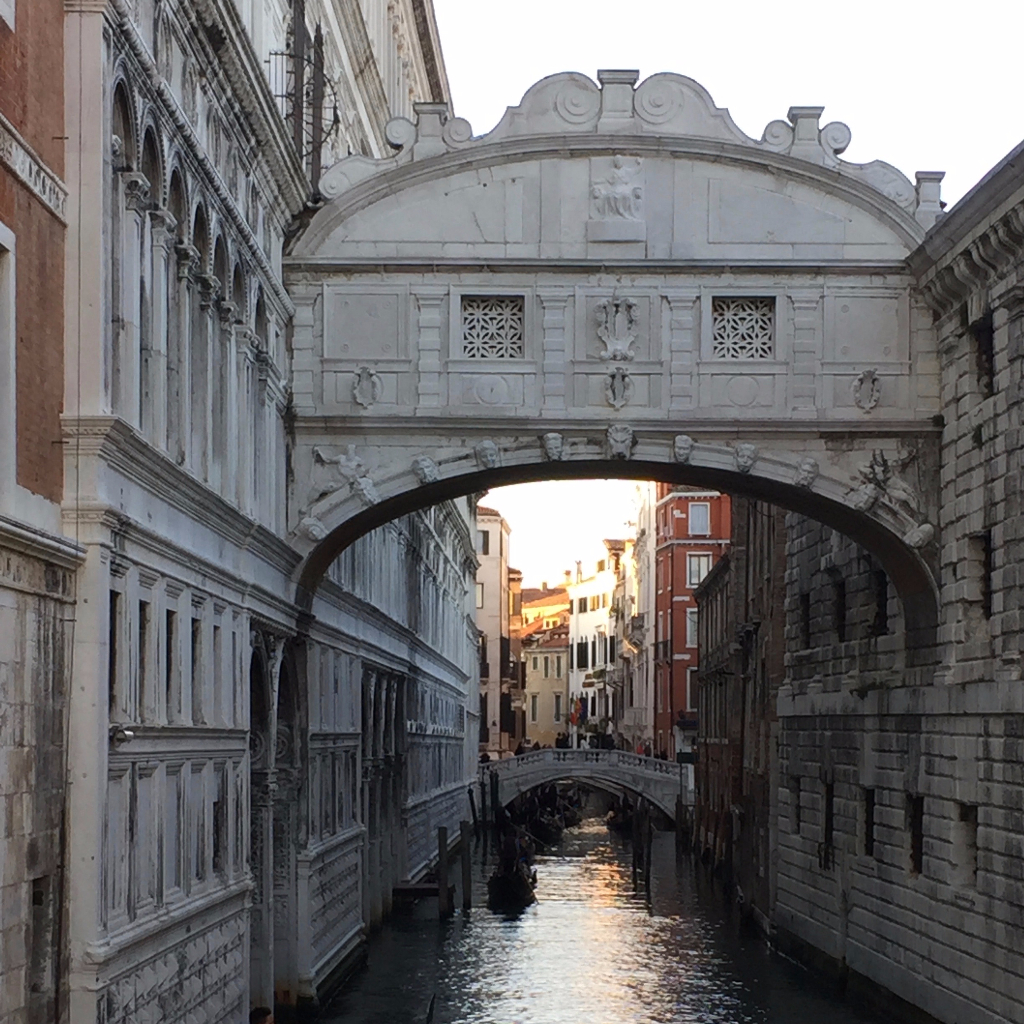 And the final piece to the Venetian puzzle is its towering architecture. Home to some of the most stunning and mesmerizing sites you’ll ever see, San Marco, located at the end of the Grand Canal, is breathtaking. Approaching St. Mark’s Square from the canal robs you of the big reveal by giving you a stolen side angle, but once you walk around the St Mark’s Campanile bell tower you are frozen with unbelief. Am I really here & is that really there? St. Mark’s Cathedral is magnificent. The square surrounding it is packed with visitors, vendors and classical orchestras that try to out-play each other. The entire experience is all at once seared into your brain, never to be forgotten. 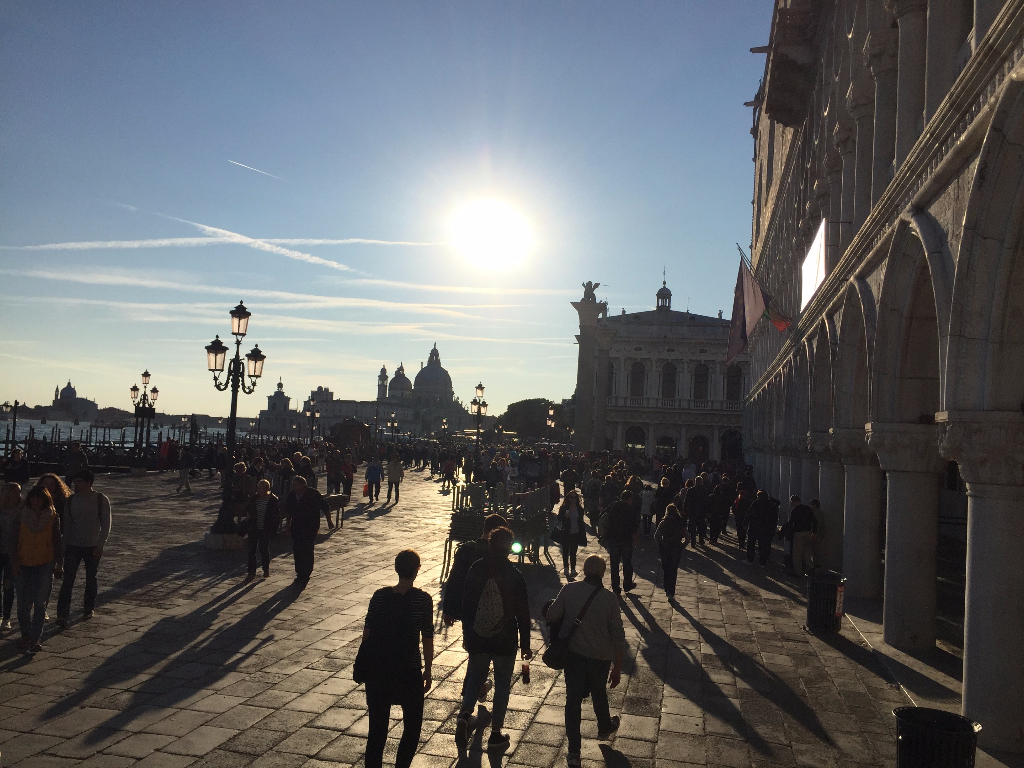 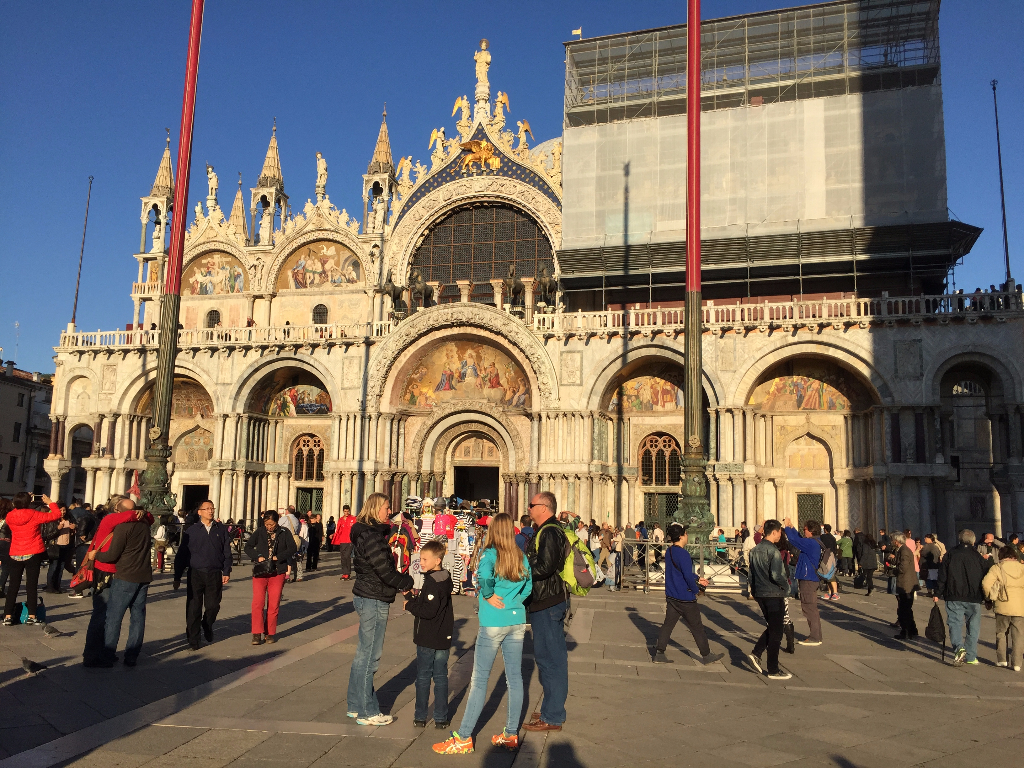 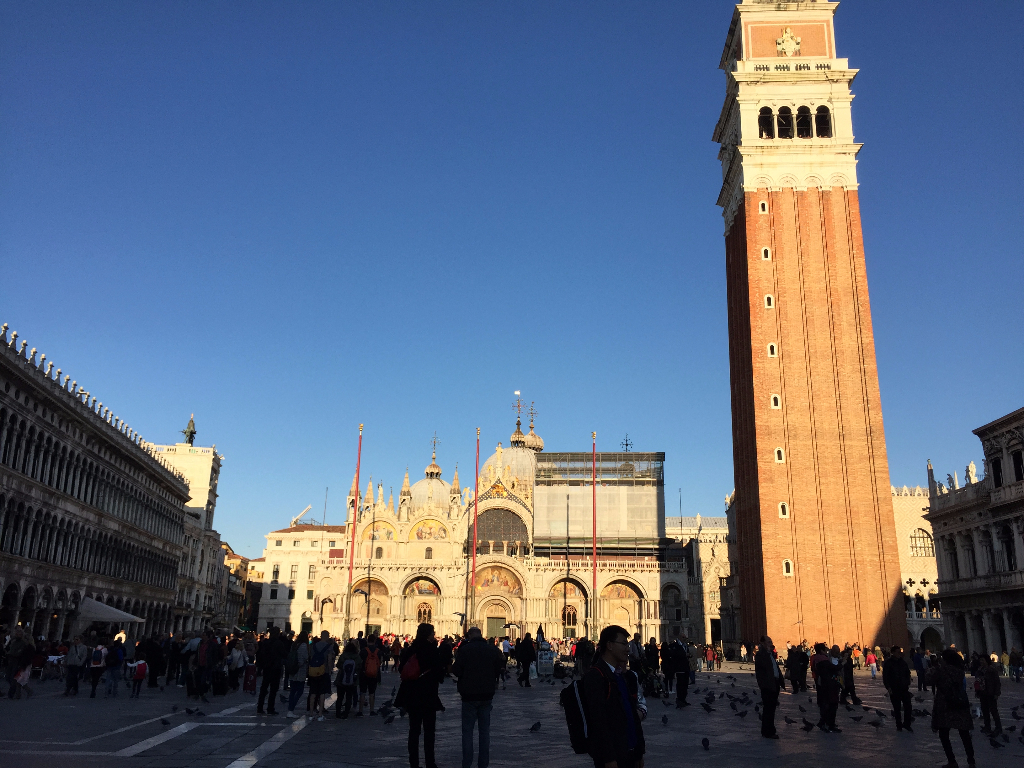 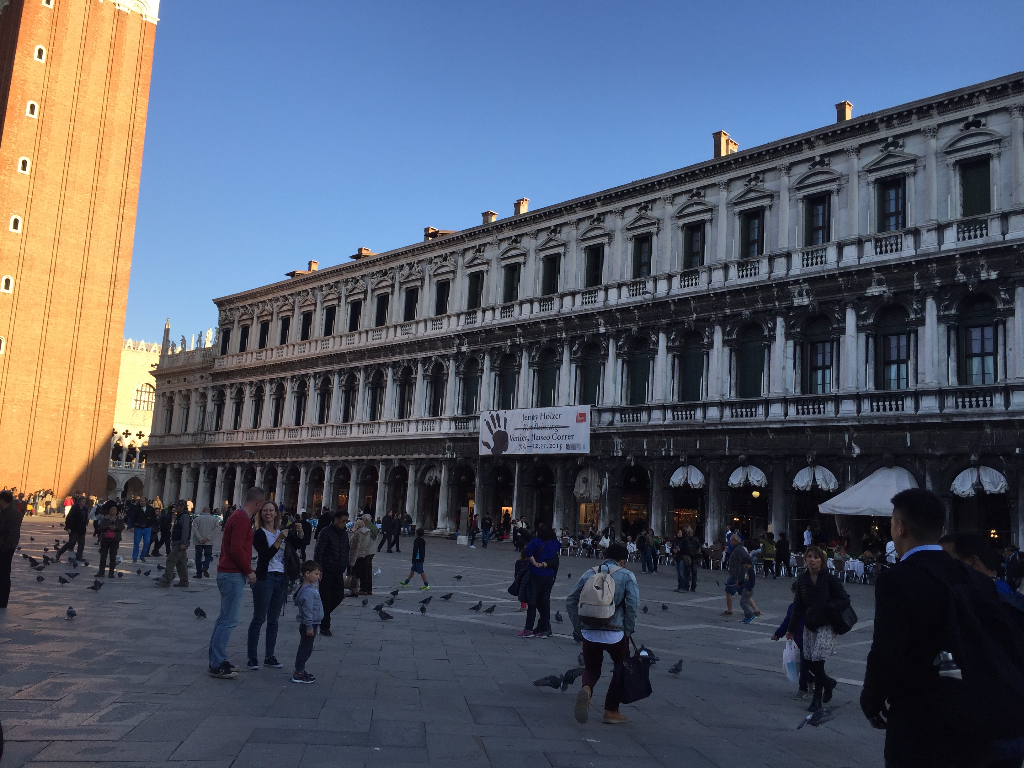 The atmosphere outside is vibrant, lively and exciting. Inside St. Mark’s is something completely different. As you approach the doors you’ll find 2 to 3 men in black suits standing, allowing or refusing entrance. Where the “Welcome to St. Mark’s” sign would be there are posters that read, “No Photos. No Video. No Selfies. No Talking.” And they are very serious. Several people in from of us were denied entrance with a simple yet powerful trio – “Head Shake – Finger Wag – “No.” Some of them had cameras out, “No.” Some has drinks, “No.” Others simply weren’t respectably enough dressed (tank top, shorts, etc), “No.” We quickly check ourselves and sheepishly approach for approval. Instead of the heartbreaking trio of rejection we get the graceful trio of acceptance. “Head Nod – Open Palm – “Go.”

Inside, the St. Mark’s is completely covered in brightly colored mosaics, the entire structure shimmers in gold and the massive domes above display early fathers of the faith. The entire building preaches the Gospel of Jesus, if you look close enough. The atmosphere, unlike 20 feet away, is solemn, still, reverent. I’m not Catholic but one thing is clear –  the people who attend this still active church love Jesus, and I needed to know that. After about a 10 minute walk we exit and let out a big breath. Almost as if we were exhaling the heaviness of the place.

If the bridges of Venice are its crown then San Marcos is it’s jewel.
We snap a quick photo outside and move forward, somehow, in some small way, different. 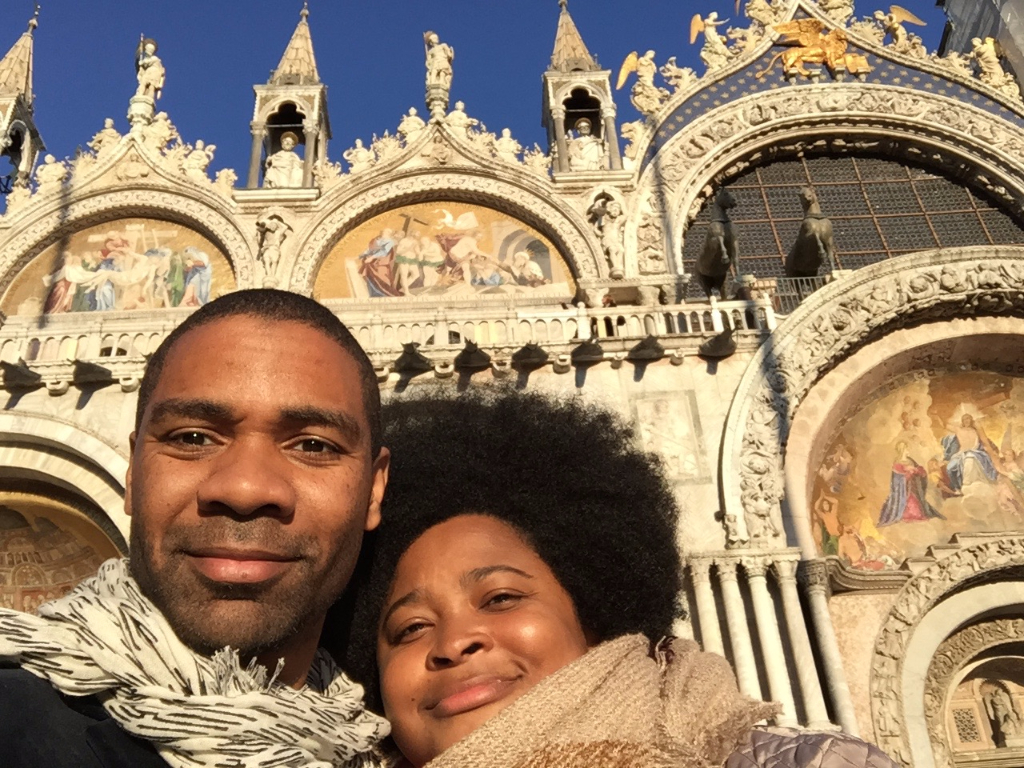 6 Stages of Packing For A Big Trip